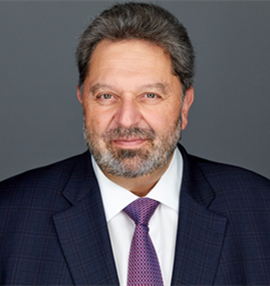 Jean-François Manzoni is President of IMD (the International Institute for Management Development), where he also serves as the Nestlé Professor.
His main areas of focus are leadership, the development of high performance organizations and corporate governance. The recipient of several awards for teaching excellence, he also received numerous awards for his research and case writing activities, including for his seminal book “The set- up-to-fail syndrome: How good managers cause great people to fail” (with Jean-Louis Barsoux).
A citizen of Canada and France, Professor Manzoni holds a Doctorate from Harvard Business School and an MBA from McGill University. He was Professor for seven years at IMD (2004-2010) before coming back to the school in 2016. He previously served on the faculty of INSEAD, in Singapore and in Fontainebleau.
He served on several Boards, including Keppel Corp., an international diversified group listed on the Singapore stock exchange, Singapore’s Civil Service College and AACSB International (the world’s largest business education alliance), as well as several International Advisory Panels, including Digital Switzerland, Singapore’s Public Service Division and the Russian Presidential Academy of National Economy and Public Administration (RANEPA).