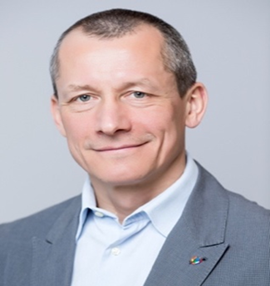 Andrei Sharonov joined the SKOLKOVO Business School team in September 2013. Prior to this, he served as Deputy Mayor in the Moscow Government for economic policy. In 2013 was appointed Dean of SKOLKOVO Business School and in September 2016 he was elected President of the Business School.
Mr. Sharonov was born in Ufa in 1964. He graduated from Ufa State Aviation Technical University and the Russian Academy of Public Administration under the President of the Russian Federation; holds a Ph.D. in sociological science. Andrei is a Chairman of the Board, independent non-executive director in more than 20 companies (in the areas of metal and mining, transportation, logistic, media, energy, traded on LSE, NYSE, MYSE).
Mr. Sharonov was awarded the Aristos prize for “Independent Director”, “Director of the Year – 2009” for “Independent Director”,“Person of the Year – 2012” for “Business Reputation”, awarded the Order of Honour and is an Honoured Economist of the Russian Federation. He also received President's Letters of Gratitude in 2003, 2008 and 2018.